Okay, so major breakthroughs. I was offered une chambre simple [simple room] at Cuques halls in Aix-en-Provence for 155€/month by the uni.

After a good 10 days of deliberation of whether or not I can live with a a whole host of potentially sketchy Euro-tramps in the extreme south of France, or whether I really do value my own [expensive rental] space, I still had no idea what to do.....

- Friends suggested I just move into halls for 'the experience'  (NB i'm a total halls virgin...I've lived with friends and partners so far through uni.)

- My mother suggested I find a cheap apartment, even if it's in a sketchy area miles out from the city centre.

- previous Erasmus students from my uni suggested not living in halls, for one reason or another; cramped conditions, other students etc

...but as the deadline approached I had to be more adult about the decision. I'm not often adult, or mature so this was a big thing for me....

The fact I had nothing sorted yet was quite a scary concept, and I took the room in halls.
I'm quite nervous about it all really...but still open minded.

I pay 155€ a month for a room, and i'm planning on travelling a whole hell lot more than I would have been while paying expensive rent as well. So really, I'm quite excited for the opportunity!

Oh and stay tuned for my plans to casually backpack around the South of France for a week and a half before uni...... 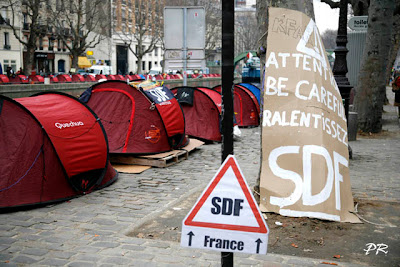 Holy shit I think I just died a little

I just found a video of Bradley Cooper from The Hangover, The A-Team and Wedding Crashers. The 'Sexiest Man Alive' according to People Magazine and Wikipedia, of course ;)


He just got sexier.


Also, interesting note.....He mentions in this little video interview that he studied on a language exchange in Aix-en-Provence at l'Université d'Aix-Marseille for 6 months...the same amount of time that I am going to be spending in Aix. Awesome!

If anyone else needs a pick-up, or needs a bit of motivation to actually learn a foreign language when it is often so difficult to see why learning another language can be any use at all when everyone speaks English anyways, apparently......

I pulled my finger out and actually booked everything for my jailbreak from UK! :

I'm properly shitting myself now though! Still haven't been greatly lucky accommodation wise, and the owners haven't been so great about even just simply responding to e-mails, but I guess that's part of the excitement of being potentially homeless for the next few months! Wooooo!

How to travel Europe for diddly squat (from the king of corner-cutting himself). 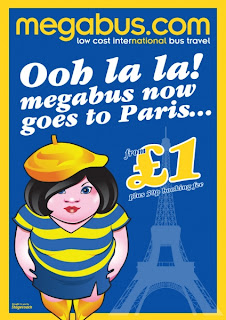 I have just made an extraordinary discovery. More extraordinary and life-changing than the Higgs-Boson quantum particle could ever be, and certainly more useful to the layman:

I just found out today that the Megabus has a new European service from London.
This actually brightened up my day. It was that good.

On the Megabus, which trundles through UK cities with their bright, bold, blue exteriors and instantly-recognisable fat controller mascot Sid, you will now be shuttled to Amsterdam, Brussels, Boulogne or Paris in an attempt to make crossing The Channel a much cheaper, simpler affair. Ooh la la, indeed.

With tickets from the minimum (but nearly impossible to get) £1 + 50p booking fee to anywhere on their route map, travelling Europe and getting onto the continent has never been so promising, especially to me, a skint student from the North of England who has previously found it impossible to get anywhere onto Mainland Europe without it biting a sizeable chunk of a budget.
Not only that, but every Megabus journey that i've ever taken has been an experience. I've either been stuck next to some random tramp, or there was this one time some poor doddery old lady fell asleep on my shoulder and drooled everywhere, or the dog that barked from Birmingham to London, or the stag (coach) parties or breaking down in the middle of the motorway and having to walk up the hard shoulder for miles to the nearest service station to be rescued a few hours later.

My point, is that it is an experience. I kinda love it. And the price isn't half bad too....

Actually, today I've been looking at prices for trains all the way from London to Provence and they range from £100-£200 depending on time of day/week, whereas a train from Paris to Provence costs a meagre £35.

The Eurostar is officially dead then, you'd think. You'd probably be wrong. The main reason that the Megabus can afford to keep such a route is because so many people don't want to spend a great deal of money on the Eurostar. But on the other hand, the only reason that Eurostar hasn't been killed off by the big, blue 6-wheeled monster is because the journey across La Manche takes a fuckload of time.

It takes 8-odd hours to get from Victoria Coach Station, right in the heart of London, to the drop off point in Paris which lies outside the city itself (but is still served by the RER) but as long as you've got tons of books and a comfy pillow, and you get the lucky seat next to someone who isn't a tramp or a general sexual deviant then you're sorted.....