This last year has been a turbulent one indeed. I dated twice, fell in love once, had two very different jobs in two very different countries, finished my degree (thank fuck), met new friends, lost old ones, burned bridges and created strong foundations to build more and more.
Most importantly and most notably, I moved to Vienna in September and began a (possible) new career in teaching.
At the start of 2014 I was incredibly apprehensive about my future. 4.5 years of university education actually left me unmotivated, unchallenged and feeling negative and cynical about that 'world of work' that everyone was banging on about.

If it wasn't for the majority of the people I met at university then I wouldn't have even (wanted to) finish my course.

You need to find a full time job Gareth and you need to find one now. You need a car and a mortgage and how on earth are you going to afford all that and still be happy?

Apart from a few golden moments it's truly been my annus horribilis this year. 2015 has to be better, without a shadow of a doubt. It can't be much worse.
I was sorely tempted to make a high-level Latin / gay sex joke here butt I couldn't bring myself to do it.

Thankfully I got my degree, got a job and then proceeded to leave the country for good. Even if that sounds melodramatic it's an incredibly soul crushing process to systematically tie yourself down at the same time as living the life someone else wants for you, not your own.

So I quit my full time job, packed up and fucked off. I started working at my two schools straight away and it's refreshing to have so much responsibility and to be able to take charge. I'm no sit-in-the-back-and-make-comments sort of teaching assistant, I actually teach.
I'm more than often working alongside the teachers to prepare the material but 100% standing up in front of these doe-eyed teenagers and fuck me I do it well if I do say so myself.
I've heard anecdotes from former TAs, as well as future applicants who praised the ability to get paid a decent salary for doing fuck all but I've worked hard to distance myself from them and will continue to do so.

So it's been a fast moving year indeed. We're in the middle of January and it's already 13° here. People are wearing sunglasses and taking their clothes off by the canal outside my apartment.
Bear in mind that over the last few weeks it's been -5° on average. That's mind boggling.

I have to decide whether to stay in Vienna for one more academic year soon; whether I want to risk the security of having a job waiting for me after summer or to go somewhere brand new and try my luck at finding a life, love and building happiness in this new place.
I just completed my first freelance translation job with more to come this month which I am very proud about and I am starting to really get into the swing of the work/social life balance here. I give (very well) paid private tuition here, have been recently asked if it's possible to do more and i've been offered a 30€/hr teaching day in Carinthia in February near to the Slovenian border with Austria.

2015 is shaping up to be something indeed, god knows what will happens but hopefully it's better than how shitty 2014 was. 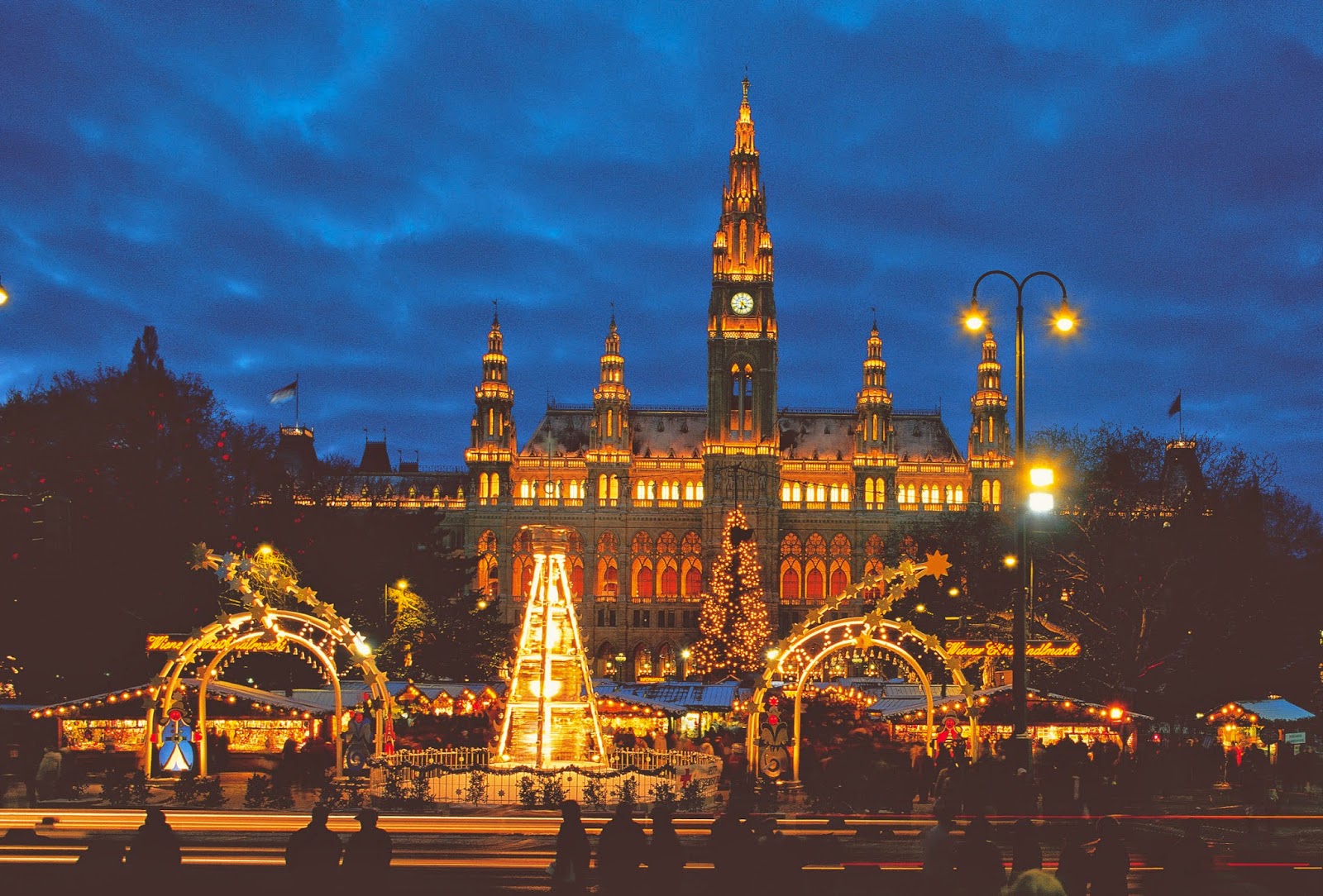