DISCLAIMER: If you are in any way offended by homosexuality, you should look away now, leave my blog and never ever come back you sick fuck.


Getting past the idea that I may one day actually be able to understand the horrifyingly pedantic, precise and logical fog that is that the German language, and realising shortly thereafter that I must be feeling a bit unwell to have even had that thought, I had a sudden brainwave.
What better way to learn such a rich language than by learning it from the people I know best: Gays.

Gays are wonderful, but my god they like to talk. And not just about shoes, Kylie Minogue, or oooh-look-what-that-bitch-over-there-is-wearing, but about almost anything. They're an open vessel just waiting to be filled. (criiiiinge at even just writing that, oh my god.)
'Gay vocabulary' is littered with slang, and secret codes. From the times when being homosexual was illegal and therefore punishable, the gays have always bended language (and technology) to their favour.

What better way to pass time on a cold, rainy Sunday evening by logging into a GPS-powered smartphone application to show how many gay guys are nearby. Grindr, the infamous smartphone app is marketed as a 'way of meeting new gay, bi, and curious guys for dating and making friends' however every self-respecting gay man knows that 'being on Grindr' is a synonym for looking for casual sex. Casual sex with potentially up to 100 people in your local, immediate area. If you can get over how ridiculously scary an idea that is, then you're doing well. The next hurdle is the language. It's a minefield.

Even as a gay man myself, sometimes I find myself entirely overwhelmed by this slang. If I was to have a conversation with a gay friend back home, this labyrinth of language would probably crop up more than I can imagine right now, so I'm specifically setting out to learn the German version of it in the hope that my German will sound as natural and non-textbook as possible. The single worst thing I know about first moving to a country is that nobody actually says the stuff in the textbooks that they give you at school. That sort of conversation is a myth: 'How many brothers and sisters do you have?' Nobody asks that the first few times you meet someone haha

I may as well have not studied French for 9 years before moving there for 6 months. I learned an extreme amount in the first few weeks and that was enough to get me through day to day shit, nevermind being introduced to more and more interesting language by the people I hung around with.

So back to the topic. Being gay is a great part of my personality. The language of homosexuality is therefore something important to me, and to my friends, and to the guys that I will potentially be dating.
Maybe I'll fall in love at the same time as carrying out this experiment in international dating. I hope so.
I'd love to have a German boyfriend again. Everyone should have an international love-object at one point in their lives, and I'm a big fan of German manliness. Someone who doesnt spend all day looking at himself, but spends all his time doing you sounds fabulous.

On that note, I'm also quite happy to admit that I've been around the block a few times. Never since WWII has someone conquered so many different people from around Europe.....and I'm only 22.

So, to sum up. I'm once again dating properly, and I will be updating this with my stories from the world of German dating gaffes and mishaps that seem to occur daily for me anyways.

Despite the summer finally rolling into beautiful Koblenz, I've been feeling pretty weird recently, not entirely myself and just a little bit down.
I can feel myself trying to find the perfect cliche to describe what's wrong with me recently but I refuse to comply with my brain in that respect. It's all in the mind. It's what you make of it. It's my man-period and I should put down the cake and glass of red, shut up and stop whining.

I even started doing that whole Gillian McKeith 'you are what you eat' rubbish, you know, eating fruit in the morning to counter lethargy and sleepiness, drinking more water to flush all of these mystical and evil toxins out of my body, and even having a nice odd evening with friends where I get drunk and refill all of those toxins to safe levels once again, as a treat to myself. It's all a load of old useless buddhist bullshit if you ask me.

None of it worked. I still feel shitty.

There's a lot of things that I've had on my mind too:

But today I'm saying a huge fuck you to lethargy. I'm not going to have the career I want in the future without a degree, regardless of how shitty, useless and mundane the classes are so I'm just going to have to grin and bear it for the next month or two (plus that extra final year back in Sunderland). I want to get ripped and tanned for the summer too, so i'm hitting the gym and eating enough for three, and finally I'm going to make more plans for the near future and further afield, visiting friends around Germany, and maybe even back to France on the way home.

Maybe those cliches were right. It really is all what you make of it.
Okay cliches, you win this time 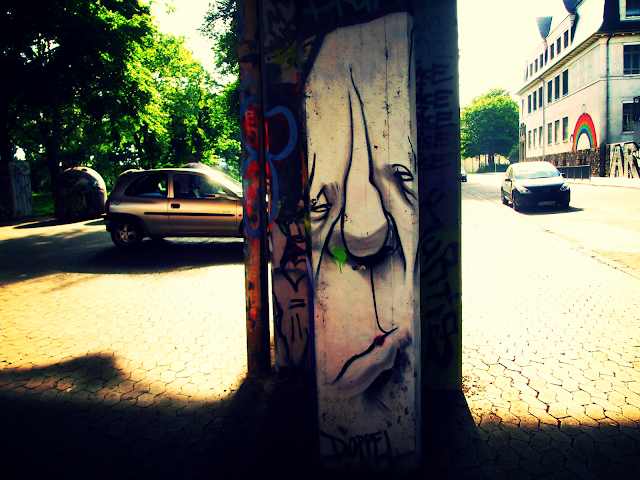