Have you ever met someone from a far-away country and asked them about their country, their culture and their upbringing and all they want to bring to the table are positives?
Call me a pessimist but that's just a heap of shit. Every country has its own dark secrets, dark alleys, shady and its ridiculous and annoying habits, and they're often the most interesting parts to examine as an 'outsider'.
“It's just a cultural difference” is the go-to phrase to paste over all of these features with rainbows and unicorns and happiness.


This is a short introduction to just how ridiculously shitty Vienna can be:

People can be really fucking miserable here.
Vienna (or Wien as it is known in the German speaking world) regularly tops charts as the city with one of the highest standards of living, and the highest quality of life. However walk around the city with anything more than a frown and you will be instantly cast out as a tourist, or worse yet, German. We have beautiful buildings, access to nice parks and the countryside, diversity and a certain middle-size city charm, but yet people here are a little bit distant sometimes, sometimes cold, sometimes just plain fucking rude.

What is it with scooters?
I used to have one of those kid's scooters back in the 1990's. I used to ride down my path on it and I got bored straight away. Full grown adults here ride them through the streets, through the underground stations on them and generally cause havoc knocking into people's ankles on a daily basis. I genuinely saw someone doing their shopping on one. I'm starting to think that Viennese fashion is totally 20 years in the past and i'm just waiting for the day I see some geriatric old lady whizzing past on one.

Bureaucracy.
Need I say more? It's not so bizarre or original but couple together the fact that bureaucracy is and always will be a massive pain in the arse with the massive hurdles that the German language presents to its users and the Bürokratiedschungel (jungle of bureaucracy) can be a real depressive experience. To get money, you have to have a bank account, which means you also need a place of residence and a proof of this (including stamped forms by the main owner and more forms and more forms). To get a place of residence you need to pay huge security deposits and essentially be financially set-up for life prior to moving to this country. To get a salary to allow you to keep eating and keep living. you need all of the above first. It's impossible sometimes.

Horses. Everywhere.
Vienna is a grand touristy city, that's a given. And i'm sure here's nothing quite like a midnight ride in a horse carriage under a fur blanket. But when they park outside your apartment block on a main road and basically shit everywhere, there has to be a line. If you're not being ran over by adults on kids scooters or pretending to know the rules of the road, you're gonna get fucking chewed up and spit out by some angry motherfucking Viennese horse. And if you're lucky and escape all of the above, then you'll just get tutted at by strangers for crossing the street at red lights.

They have really weird words for things.
This is not a negative at all really, since I find it crazy/fascinating/interesting, but strange words like Beisl (Kneipe in standard German) for pub? Or Gusch! (Sei Still) for 'be quiet'? So cool, but so so bizarre. That's gonna take some time to get used to. Bist du deppat!

'Pubs' here are just so wrong.
There must be absolutely no one standing up in a bar. If there are no tables free, people go somewhere else or go home. Table service is basically classed as a human right here; it seems almost unthinkable to actually go and order at the bar -yourself-. How common....
You wait until you clock a free table, then wait until your overworked waiter finally clocks you. Then you have to wait twenty minutes for them to do their thing. And then you have to tip them despite all that displeasure.
If you actually find a pub where you order at the bar, people genuinely queue there, opposed to the brawl at bars in Britain. But they don't dare queue for the bus or in shops or anywhere else. SO SO backwards. Honestly I miss the comfort of a warm pub with warm beer, absolutely zero waiters and some alcoholic in the corner singing sailor's songs, when that's not me.


Everyone stares here. Not just at me or something, but at each other. Like a giant Viennese turf war or something. I've started intentionally making anyone who stares at me feel very uncomfortable in return, just how it feels in the first place.

Wien is, however, one of the nicest cities in the world. But people who live here think of it as boring, people from abroad think of it only in a classical music / opera sort of way and it's not as if the party scene is 24/7 here. But regardless, I love it here. Maybe that'll change come the new year, who knows. 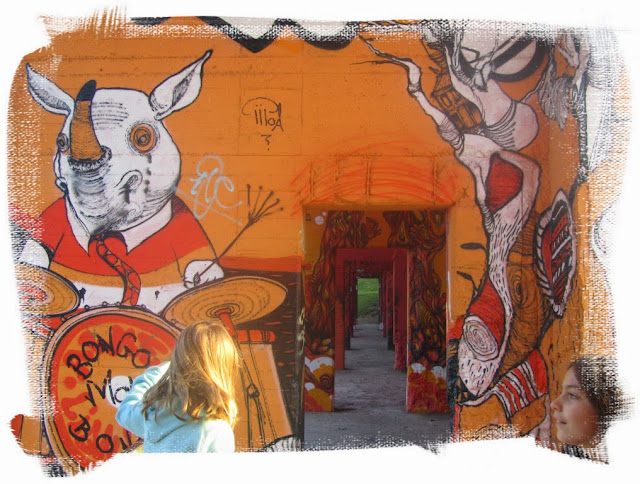